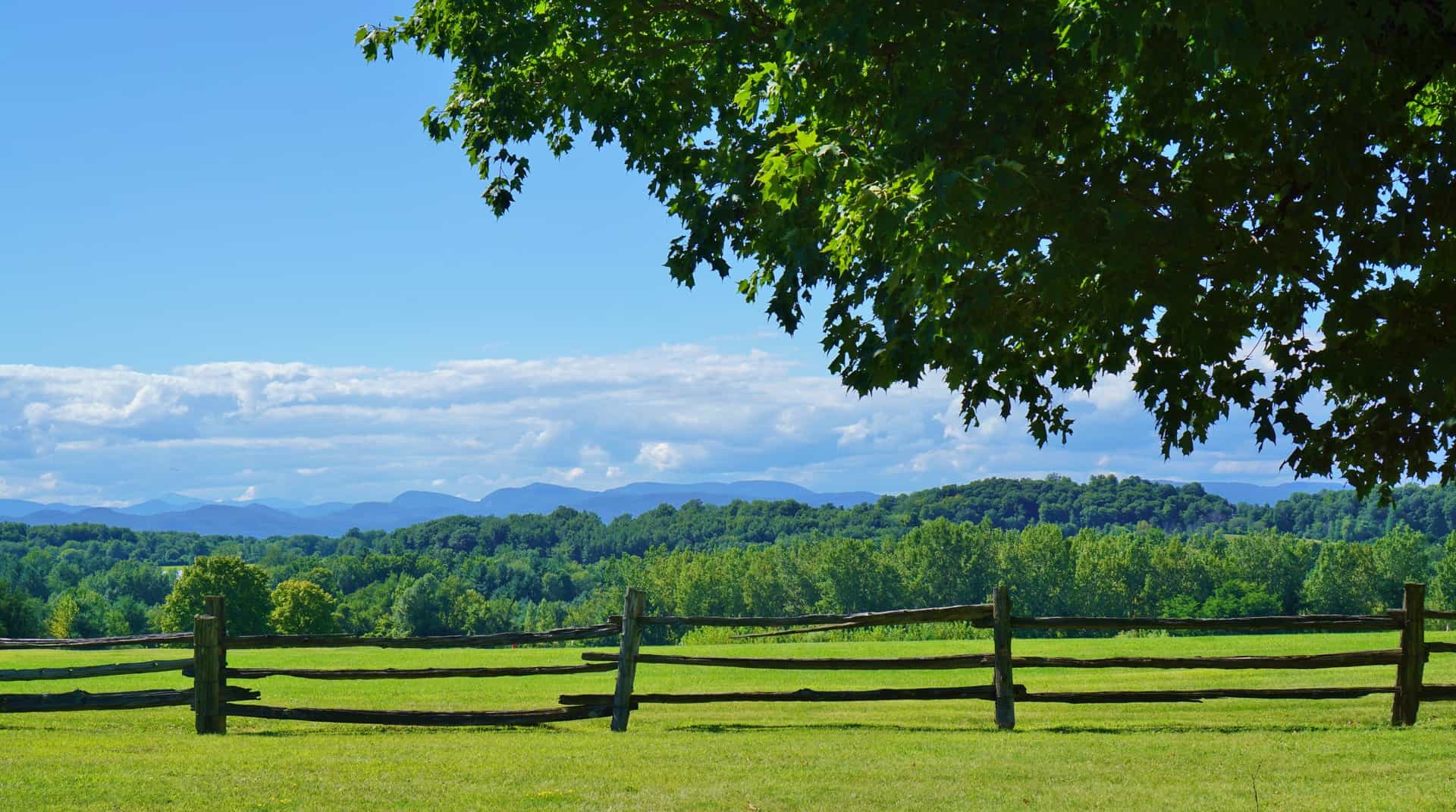 About Each Town In The Area

Each Has Its Own Unique Character

Nearly a dozen townships and villages that express their own unique character and charm surround Woodstock Village. Typically, all are within a 15 mile radius of Woodstock. The only way to truly appreciate what the area has to offer is to spend some time personally exploring each of them.

The Woodstock, Vermont area is beautiful at all times of the year and a great place to live and raise a family or a wonderful place to own a vacation home.

Woodstock has a year-round population of approximately 3,500 and is the area’s largest township. It consists of both fulltime working residents and their families, as well as retired, recreational and seasonal residents. A short weekend commute of 2 to 2 1/2 hours from Boston, where the majority of the second homeowners reside, the area also draws a significant number of visitors from other New England communities and New York City. Woodstock boasts a wide range of cultural activities sponsored by the local arts council, Pentangle.

The Woodstock Union High School and Middle School provide secondary education for the children from Woodstock and the surrounding towns of Barnard, Pomfret, Reading, Killington, Plymouth and Bridgewater.

Parents who live in Hartland and West Windsor can also choose to send their children to Woodstock’s
middle and high schools. Known for providing a first class college preparatory curriculum, Woodstock was
recently honored at the Kennedy Center for Performing Arts for having the most outstanding arts, music
and theater department for any school of its size in the country.

South Woodstock is located five miles south of Woodstock. It is home to expansive meadows and gently rolling hills, which make the area an especially popular equestrian community and home to the internationally renown event facility, Green Mountain Horse Association. Upon entering South Woodstock, you are greeted by the old-fashioned South Woodstock Country Store and post office. Both spots are a good place to meet the locals year round.

The highly regarded Kedron Valley Inn and Restaurant is also located in this village center. The entire village boasts stylish Federal and Greek Revival buildings and a number of handsome brick houses.

Barnard is located north and just east of Woodstock with a village center and small boat access next to Silver Lake, an 86-acre state lake, park, and campground open for seasonal recreational use. The local elementary school and several small businesses are sited in the compact middle of the village. Barnard boasts some of the most wild and unspoiled land in the area juxtaposed with the Twin Farms Resort, one of the most sophisticated hospitality facilities in the world.

Old and new in close proximity is typical of Vermont. Barnard is one of the best examples of that characteristic, where a small pond provided summer ice for the Woodstock Inn and a cool swim for horseback riders as far back as the late 1800’s.

Bridgewater is just west of Woodstock and on the way to Killington Mountain, the largest local ski area and one the nation’s most popular. General impressions of the town are made by traveling Route 4 as it follows the Ottauquechee River whose source is the springs of Killington Peak renewed by the melting snow every year. The road passes through the old woolen and textile mill where Charles Shackleton Furniture and Miranda Thomas Pottery create hand crafted products of international renown, as well as where an eclectic assortment of other artisans’ shops and an excellent bookstore are located.

Bridgewater is also home to a small elementary school of some 45 students. The Southgate House, which serves as the town hall and offices, and a library are located in Bridgewater. A swift trip through the center of town gives the sense of a small commercial center in a tiny community with little more to it. This is misleading, since the area has some of the region’s remarkable antique homes tucked into the rugged mountain meadows and has an effort under way to set aside some 52,000 acres in common
with the towns of Barnard, Killington and Stockbridge for a recreational preserve called the
Chateauguay-No Town Wilderness.

Bridgewater has no zoning. However, a town plan is in place as a road map to the future and provides a
clear perspective on where the town has been and where it is going.

Hartland has two distinct influences, one rural and the other service oriented. A mixture of fulltime and seasonal citizens populate it. The part of town closest to Woodstock has very low population density and is a blend of old pastures and maintained woodlands that are typical of long held private land in New England. Near the Connecticut River and closer to the commerce centers of the Upper Valley, there are clusters of small businesses, motels, gas stations and other activities that serve the larger regional needs.

The town’s business is conducted in Hartland 3 Corners, as opposed to Hartland 4 Corners, where the Unitarian Church and the Skunk Hollow Tavern are located. The distinguished buildings found in both ‘Corners’ are monuments of the first school of architecture in the United States, which was established by Asher Benjamin.

Quechee Village in the town of Hartford is well known as a resort community. The Quechee Lakes Resort Development has reinvented the former mill town under the enlightened regulations of a Planned Unit Development that used the principles of long-term land management, greenbelt areas and restrictions on use.

There are two private schools in Quechee, a Waldorf Elementary School and The Mid-Vermont Christian School, in addition to a nearby public elementary school. Travelers and residents enjoy two championship golf courses, fine restaurants and Simon Pearce Glassworks in the heart of the village.

Plymouth is west and south of Woodstock where the dominant influences are the Calvin Coolidge Homestead and Green Mountain Forest. The small community has several farms, a string of lakes and is close to Killington and Okemo ski areas. The local residents are caretakers of some of the area’s loveliest and least inhabited countryside.

Pomfret is located just north and east of Woodstock where its excellent and innovative elementary school is located just over the town line. The town has less than 900 fulltime residents and has as its primary physical characteristic, rounded hills and steep hillsides that run down right to the edge of winding roads and small, swift moving streams. South Pomfret orients down to Woodstock from the height of the Pomfret road as it passes by the Town hall and clerk’s office and drops into the next valley where the old village center of North Pomfret is located a short distance from the White River and the bridge at West Hartford. This is a backdoor into the Upper Valley through White River Junction.

Just 50 years ago, Pomfret was an active hill-farming community. However, today most people associate it as home to the Suicide Six Ski Area. This ski area is owned and operated by the Woodstock Resort Corporation and has a reputation as a family-friendly place with enough challenge for good skiers and an unsurpassed spot for beginners, both young and old, to learn the basics of skiing and snowboarding.

Reading and West Windsor are towns with traditions of farming that continue to this day. Today there are many so-called gentleman farms with horses and livestock raised mainly for fun. Viable dairy, goat and sheep enterprises have adapted to modern consumer demands by producing value-added commodities, including super-premium ice cream, organic foods, mohair fleece and pecorino cheeses. Topography varies from steep hills and valleys to more gentle rolling terrain.

Each has a town center, Brownsville for West Windsor and Felchville for Reading, with quality country stores, schools with low enrollments and tidy, well-kept community buildings serving as they did when the towns were settled in the late 18th and early 19th centuries.

Norwich, Vermont – on the Vermont side of the upper Connecticut River is just across the Ledyard Bridge from Hanover, New Hampshire

Chartered in 1761, Norwich has a population of approximately 3,500 and is home to:

Hanover, New Hampshire – has a population of approximately 10,850 (including Dartmouth students) and is the home of Dartmouth College and the Dartmouth Hitchcock Medical Center. Both Hanover and Norwich are located just off an exit from Interstate 91 and near to Interstate 89. They are about two hours from Boston, 3 hours from Montreal, and 5 hours from New York City.

Dartmouth College has approximately 4,000 undergraduates and 1,000 graduate students enrolled at either the Amos Tuck School of Business, or the Thayer School of Engineering, or the Dartmouth Medical School. The medical center is one of New England’s pre-eminent health-care facilities. It has about 400 beds and 350 doctors.

Dartmouth College’s Hopkins Center for the Performing Arts is a mecca for live performing arts including theater, music, and cinema.

Sharon, Tunbridge and Strafford are towns where the locals will tell you that real Vermont life still exists and to a great extent this is true. Subsistence farming, commercial organic farms using ‘back to the future’ techniques and traditional crafts are still widely practiced in these more remote communities. The ratio of second homeowners to primary, which approaches 70% to 30% in Quechee, has little representation in these towns. Simultaneously, the nearby cultural influences of Dartmouth and Woodstock and quality schools with high standards are as much in evidence there as in the more affluent communities that surround them.